I remember the day vividly. I was in sixth grade at Calvary Baptist Day School in Winston Salem, North Carolina. My mom picked me up before lunch to go to a dentist appointment (which I was never fond of, so my day had already started off badly). When I came back to school after the dentist appointment, a friend that I wasn’t extremely close with came up to me with a torn look on her face. What I found out from that friend may seem like a childish joke that doesn’t mean anything, but do you remember childish jokes that don’t mean anything 7 years later? Apparently when I was gone, a group of girls that I considered my friends were messing around during lunch. They brought my name up and started to talk about the way I looked and my weight (given I wasn’t even heavy, I was just not stick-thin). They began to joke that if they cut my stomach open, they would only find cookies and desserts inside my stomach. When I heard this, it shocked me at first, and then I began to feel the pain, shame, and embarrassment that has stayed with me until this day. My body is my number one insecurity, and the fact that I have been dealing with this burden for so long and still have yet to change to what I desire frustrates me beyond thought.

“I’m sorry Claire, I gave you what I have. A love for food and limited self-control,” my dad always says to me with an apologetic look on his face.

Throughout my life, my diet has varied significantly. I have gone through health cleanses, phases where all I eat is bread, and times where I barely ate at all. Once I found out about the low-carbohydrate diet, something clicked. This is a diet that is very achievable, and it isn’t taking away my enjoyment of food. I have learned about what the foods I put into my body actually contain, and how to eat in normal proportions. Though I waver every now and then on how strict I am with this diet, I have learned to keep with it in some way or another.

Overall, the low-carbohydrate diet had a substantial impact on my life due to the decisions I make every day about food and the noticeable results that come with those decisions. When individuals decide to follow that diet, they have to decide for themselves if

What I consider the ‘changing point’ or moment when my mentality changed was in my kitchen senior year of high school. My dad mentioned to my family, who were gathered in the kitchen, that one of his coworkers had recently lost a considerable amount of weight by following a low-carbohydrate diet. I had never heard of this, and for some reason is stuck with me. My parents had pestered me in the past about different ways of eating and what not, and none of them had really stuck with me. They saw my dissatisfaction with my body and how much it affected me, yet I never changed much or followed any of their suggestions or diets. I still can’t explain why this one stuck with me. I guess I was just ready for a change, and this story came at the ideal time. That morning, we all went out to breakfast at one of my favorite places where I would always get the biscuit and gravy (which is incredible may I say). It was so hard to not get it, but I convinced myself to get a veggie omelet instead. Ever since that meal, I know I have the willpower to say no to my urges, and it’s just a matter of wanting it.

I personally have never had trouble with any type of eating disorder or problem when it comes to dieting. The main thing I struggle with is maintaining a healthy lifestyle and not gaining all of the weight back. I tend to follow different diets or detoxes strictly for a small amount of time, and then I will lose momentum. I still can’t understand why this happens, and it is so frustrating. I begin to see great results, and then I slowly begin to wean off of the diet. This may be due to the fact that I start to see results so then I subconsciously feel as if I can stop and go back to my unhealthy lifestyle while still achieving the same results. Senior year I followed the low-carbohydrate diet strictly, and it lasted for around a year. Now, I follow the low-carbohydrate diet in a lenient manner. I enjoy bread and carbs, but I am much more conscious of my diet and lifestyle. This plays into mindful eating, which focuses on eating when you are hungry, not mindlessly eating food due to boredom or taste. I most definitely don’t achieve the results that I once did, but whenever I have an excessive amount of carbs, like how I used to eat, I feel sick and bloated.

One very appealing aspect of the low-carbohydrate diet is the leniency that comes with it. Most other diets or food changes are not enjoyable because they completely cut out food groups while placing more pressure on the people that are carrying out the diet. For example, if someone was to do the gluten-free diet and cheat one day by eating a piece of bread, they would feel like they failed the diet, and in turn, may completely quit the diet due to the feeling of failure or incompleteness. This aspect of the low-carbohydrate diet is what is so attractive to so many people. The diet also incorporates the centrality of meat in the diet which appeals to many people, including men. What I personally love about the low-carbohydrate diet is the fact that there is no “cheating”. This has helped me keep with it, and it is so realistic. Because it is a LOW-carb diet, that means carbohydrates can and most likely will be incorporated into your diet.

One of the factors that kept me on track was the comments people made to me about my progress. People I wasn’t even close with would come up to me and tell me how good I looked. People would comment on my weight loss as well as my overall appearance. They would tell me that I was glowing and that there was just something that they could tell was different and better about me. This positive reinforcement helped me maintain my diet, and it was so encouraging that I wasn’t the only one seeing the results.

Personally, I felt the physical changes as much as the psychological and mental ones. The diet made my energy levels skyrocket, it helped with my depression, and I felt some type of mental weight lifted off of me. The research backed my experience, concluding that it was established that emotional and mental health, as well as mood all, improve during most low-carbohydrate diets.

Before dieting, I didn’t know much about myself. After I began, my eyes were opened to so many aspects of myself and my life that I didn’t know existed. I recognized that I have much more self-control than I had previously thought. I also have realized that I like to make excuses for myself. If I eat badly, I justify that behavior by saying that I was stressed or that I eat better than most people. This trend of making excuses for myself is so frustrating because I know that it is a cover and that I can do much better if I hold myself accountable. The research I performed to write this paper helped me a decent amount with some self-reflection on that excuse making as well as where I am in terms of my goals. It has also helped to see that there are so many others struggling with what I am and so much more and that I am not alone.

This year as a freshman in college I started off the year exercising every day and eating well. I had been warned about the possibility of the freshman 15, and I came into college trying to lose weight, not gain it or maintain it. Once classes started and my schedule started to fill up with homework, sorority events, and many other time-consuming activities, I lost my motivation. I began to only work out once a week, I started to eat worse, and I snacked more. Over winter break I noticed that I had gained a good bit of weight, especially in my face, and I decided that it was time to change. A friend of mine had been mentioning to me some program called Arbonne that she absolutely loved. It was pretty expensive, so I didn’t know if I wanted to devote that money to it, but I finally decided to give it a try. In one month, I lost 10 pounds and felt the best I had felt in a while. Arbonne implemented protein shakes for at least one meal a day and helped me with what to eat for the other meals. The main thing that helped me with Arbonne was the fact that it helped me greatly with mindful eating. I didn’t just eat when I was bored or liked the taste of something. I ended up buying two months’ worth of supplies, and I am currently an ambassador for Arbonne. I say all this to support the claim I made about the different phases I go through. Though Arbonne is absolutely fabulous, I can’t maintain that diet my whole life, and at some point, I’m either going to need to accept that I won’t be as small as everyone or find something sustainable.

While the low-carbohydrate diet limits carbohydrates as seen in the name, there are other foods that many people limit as well as other foods that individuals tend to eat more of when on this diet. This typically varies from person to person as mentioned before, but there are some trends as to what is eaten more and less while on this diet. Kellerman found herself eating more chicken, eggs, milk, and yogurt while eating fewer dark meats such as beef and pork. I have found that my diet coincides with Jordan’s as for which foods I am eating more of and which ones I am avoiding. This can be attributed to the prevalence of bread and carbohydrates in every meal. When you are conscious about this and try to avoid the carbs, there are some main foods that are go-to’s that don’t incorporate carbohydrates. When I have access to a kitchen, I typically make some type of eggs or yogurt parfait for breakfast, my lunch varies often, and I try to incorporate chicken and vegetables into my dinner. Though each day varies as to what I eat, there are some very obvious trends for the type of food I like to integrate into my diet.

As I mentioned earlier, I am still not where I hope to be in terms of weight and looks, but I am mentally stronger. My weight continues to fluctuate, and I can’t seem to find a lasting solution. This is a problem that more people experience than one may think. More often than not, individuals suffer from body negativity. This happens even when they may have what others may consider a perfect body. 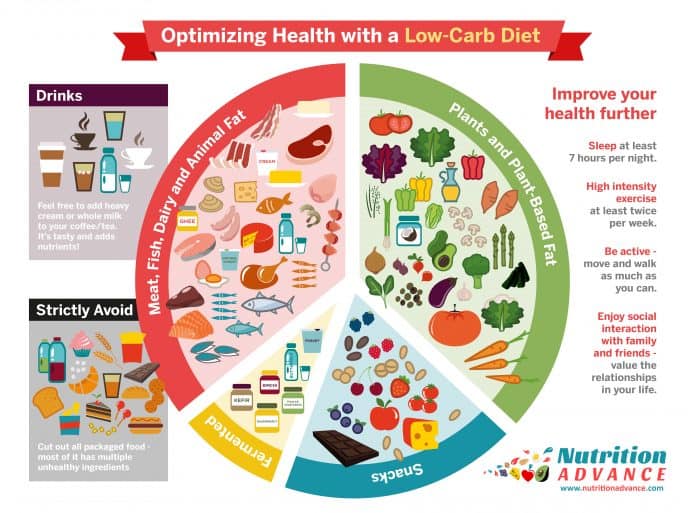